You will see 4 different scarves in the 46th.

Scarlet on the right and gold on the left. 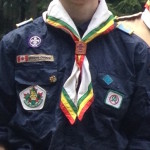 In the ancient past, Venturers (that’s before they were called Venturer Scouts), from Groups in the Kitsilano District, merged to form one company.  A scarfe was created, incorporating the colours of all the groups involved. 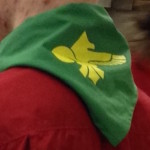 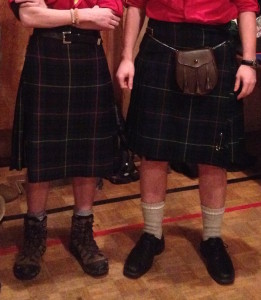 You may also see plain white scarves worn by Rover Scout squires (Rover Scouts who are not yet invested).